Enjoy in everything Zlatibor has to offer and be our guest!
Good quality accommodation near the city centre and friendly hosts are waiting for you!

Zlatibor (meaning “Golden Pine”) is a very popular mountain and a health air resort area in south-western Serbia. Zlatibor is on the highway Belgrade – the coast of Montenegro. Situated 230 km from Belgrade and 25 km from Uzice, at an altitude of just over 1,000 meters, Zlatibor is a climatic resort. The highest peaks are Tornik (1496m), Cigota (1422m) and Viogor (1281 m). The Tornik ski centre is situated 1110 to 1490 m above the sea level, 9 km away from the tourist centre. Renovated and enlarged ski tracks (Cigota, Tornik, Ribnica and Zmajevac) newly built up-to-date six seat ski lift and other ski lifts make Tornik ski centre a top-quality centre, which attracts all categories of skiers. There are two artificial lakes on Zlatibor. The bigger lake is in Ribnica on the river Rzav and the smaller lake is in the very center of the tourist settlement of Zlatibor. The lakes are surrounded by pleasant walkways and benches for the guests to rest.

Medical services are provided by the staff of the Special Institute for the Prevention and Treatment of Thyroid Gland Disorders and the Rehabilitation of Patients. Modern methods of treatment are being utilized and notable successes have been achieved in the diagnosis, treatment, rehabilitation, and prevention of different kinds and stages of thyroid gland diseases. 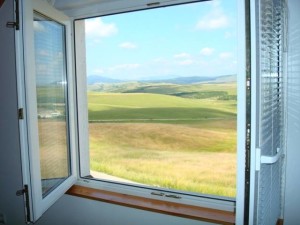 In the close environs and in the mountain of Zlatibor there are several cultural, historical, and ethnological monuments and attractions.

MOKRA GORA is one of the nicest old narrow-gauge railways in the world, which passes throught rocks, over precipices thereby making an unusual path in the shape of number eight and, therefore, it is called “Šargan Eight”. The train is nowadays operated as a tourist attraction.

SIROGOJNO is a village located on the slopes of the Zlatibor mountain and 20 kilometers away from the town of Uzice, with an open air museum, or ethno-village, known as the “Old Village”.

DRVENGRAD is a film ethno-village in Mokra Gora. It is situated between Zlatibor and Tara and was erected on Mecavnik hill by the film director Emir Kusturica.

THE STOPICA CAVE lies along the northern piedmont of mountain Zlatibor in the village of Rožanstvo.

WATERFALL IN GOSTILJE is one of the largest waterfall in Serbia.

Enjoy in everything Zlatibor has to offer and be our guest!
Good quality accommodation near the city centre and friendly hosts are waiting for you!